Shipping accident off BC Coast cause for concern 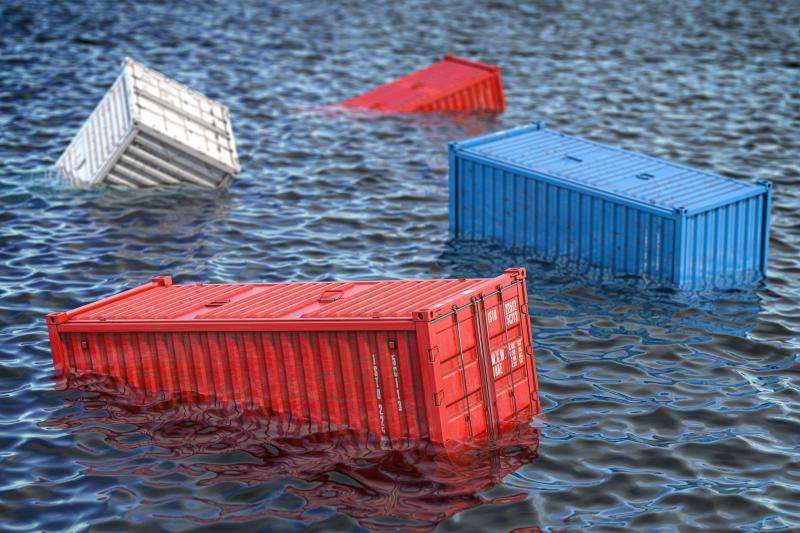 RBM HoldSolutions®’s main focus is providing protection for bulk carrier cargo holds, however a serious accident off the coast has generated concern throughout the shipping industry. Here’s a look at what occurred and how the recovery effort is going.

At the end of October, in the Strait of Juan de Fuca, the container ship MV Zim Kingston was waiting to dock in the port of Vancouver. A severe storm blew in causing the ship to list and 109 containers fell overboard. The falling containers damaged two other containers, holding 52,000 kgs of the hazardous material potassium amyl xanthate (PAX). This chemical has a flammable reaction with moisture and is believed to have been the cause of a fire that broke out aboard the ship.

Because of the water-reactive chemical involved, it took some time to bring the fire under control. Fortunately, all crew members were able to safely evacuate and no one was hurt. Additional concerns were raised for the surrounding sea life as PAX is water soluble and extremely toxic to marine life. Conservationists acknowledge the risk depends on the animals’ exposure, which could cause burning and irritation, however the chemical is not expected to remain in the environment.

The number of containers overboard prompted warnings to local vessels due to the increased risk in navigating the area. Local coastal communities and First Nations leaders expressed environmental concerns regarding pollution from the containers and the lack of marine safety resources. The B.C. Ministry of Environment is continuing to monitor the situation and has not found anything that would risk public health.

Update: December, 13, 2021. After 2 months at sea, the MV Zim Kingston was finally able to pull into a port in Nanaimo to offload the damaged containers over a two-week period. It will then journey back to Vancouver to offload the remaining cargo. Of the 109 containers that fell overboard, only 4 were recovered–the other 105 are believed to have sunk. The Minister of Fisheries, Oceans, and the Canadian Coast Guard continue to monitor their environmental impact.

Update Oct 18, 2022. After investigations, the Standing Committee on Fisheries and Oceans has determined BC is not operationally prepared to manage marine cargo spills. It has issued 29 recommendations for improving the response to spills.

RBM HoldSolutions® has helped thousands of vessels protect their cargo holds against corrosive bulk materials such as sulphur, coal, petcoke, salts and fertilizers. If you have any questions about our products or services, or need help with your order, we’d love to hear from you: 1-604-531-8333.